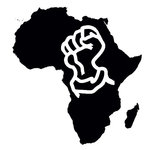 When the Solidaires delegation paid a visit to the SNAPAP , we realised that the situation of independent trade unionisation in Algeria is far more complicated than we had foreseen. When the delegate for the federation of the SUD-Education local Unions met with some of the independent unions of the education sector , he also noticed that organizing in Algeria was a difficult and dangerous thing to do. On November 28 and 29 2006 , we were invited to meet with the following unions : CNAPEST (Secondary and technical schools) CLA (Grammar High schools) SNTE (National Education) SATEF (Independent national Education) CNES (Universities) BCN CNES (administration and housing in universities), and a few other unions in the training sector, such as the field of paramedicine .

In order to understand their history and the difficulties—primarily from the authorities—the militants are facing we need to remember that there used to be only one federation of unions for all sectors of employment. That situation existed for nearly thirty years , from the independence in 1963 until a democratic change in the constitution in 1989. That union, the UGTA (General Union of Algerian Workers) had strong ties with the only political party at that time, the FLN (National Liberation Front). The main social movements in the 80s and the 90s were organized by university/college students and were brutally repressed. The militants who have founded independent unions since 1990, like Rachid Malaoui for the SNAPAP, were very active in those movements. In 1989, the new constitution made it possible for new political parties and new unions to emerge. As early as 1989, the independent unions asked the government to recognize them officially. The SATEF was the first to be admitted in the education sector.

But the events in the early 90s and the civil war, beginning in 1992, put an end to that period of democratisation of the institutions. The state of emergency instituted at that time is still in effect today.

Since 1992, the Government has invoked the state of emergency to eradicate all social movements in Algeria, making them illegal as a threat to peace (public order) even though they are permitted by the constitution. In the education sector, many actions have taken place since the 90s. The climax took place in the years 2004-2004. The claims were about :-the wages : a teacher earns about 200 euros a month after ten years in office which is hardly enough when the cost of living in Algiers is almost comparable to that of Marseilles.-the working conditions-the recognition by the authorities of their right to self-represent, which is necessary in order that they be allowed to gather and give official notice that they’re organizing campaigns of strikes or actions. .

There is no doubt that they do represent the workers in the education sector. For example, when the independent unions started a series of protests in Algiers in 2003, the CLA and the CNAPEST estimated that 94 percent of the staff in secondary education got involved. The independent unions are now present all over the country. They have extended their coordination, at first informal, to all the cities in Algeria. In response, the authorities have harassed and repressed the unionists in many ways. :

they have put union employees through endless legal trials, naturally making the cost for their defence very high.

physical threats and/or moral harassment by the government, but also by UGTA toughs, who don’t want their organization’s privileges taken away by independent unions (even though some—but not certainly not all—independent union members believe that the UGTA is not wholly corrupt ; some branches of it remain non-aligned and active. The government also purposefully slows down the examination of the files showing the representativity of new unions. They sometimes try to bribe the high members of the independent bureaus. When they can’t control a union, the authorities support the creation of parallel bureaus to discredit that union and to prevent them from growing. Any sort of gathering in a public place is forbidden. Some sections have even been deprived of their operating facilities.

The independent unions have to cope with the situation without any means, which is a major handicap when you’re facing judicial harassment. For example, when the Solidaires delegation arrived in the semi-secret facilities of the SNAPAP, the phone lines suddenly experienced a « temporary disturbance » (which is pointless when people use cell phones anyway).The police are constantly watching them.

Our comrades invited us so we could witness the situation in Algeria and denounce to the rest of Europe their lack of freedom to organize. What they need most is some international solidarity. It’s easy to understand that only the international public opinion can help limit the repression. This was confirmed by independent journalists from the papers El Khabar (500,000 copies in North Africa) and El Watan. Those two papers are for the moment the only ways to put pressure on the government when they are tempted to repress independent unions or other champions for democracy in general.

We pay homage to the courage of our Algerian comrades and we assure them of our lasting support. Those first meetings must mark the beginning of lasting efforts to strengthen our solidarities. European trade unions must adopt a wider point of view on Europe. The liberal attacks we are facing today are the same on each side of the Mediterranean Sea.

The Algerian education systems, similar to some of ours, are subjected to dismantling by the liberal right. The Algerian government is indeed planning to transfer some training sectors into private hands in the coming weeks. That could well be seen as an experiment for future application of similar projects in European countries.